Removals and Storage Activities (Domestic) in Kingston upon Thames (Surrey)

Charming men with gorgeous vans, a great man and van removal company working all over London, happy to help with all you removal needs. Our polite, efficient and intelligent team are there to help make your move a stress free experience. We can provide anything from a basic man and van service through to a complete packing, moving and un-packing service. Whether you're moving home or moving office, Cupboard Love vans straight-forward, no fuss and highly recommended service is just the ticket.

1 Star is the lowest rating available, I would give 0 stars if possible. They called me half an hour before they were due to arrive to tell me they were stuck in traffic, as the call went on I realised he was hinting for me to say "It's ok, you can come another day", instead, I continued to ask "Are you coming or not", only to keep getting responses like "Well, like, The traffic is really heavy like", or "it'd be like, really late before we could get to you like". "Really late", being about 6pm, he said "We don't want to be working late" which, to be honest I thought I had imagined for a moment until he repeated it a couple more times. Of course the traffic will be bad on the Friday of a bank holiday weekend, a removal company should take this into account when taking bookings for such a busy day. This was absolutely atrocious service and ridiculously unprofessional, this is not a job that you can just put off until another day, there is no flexibility when everything is packed up and ready to go on the day that a lease runs out. They did not properly manage their bookings, ended up with more than they could handle on a busy day, and instead of dealing with that like a professional business, they simply didn't show up, leaving me completely stuck to say the least

Hey what a hunk!!! Reallly kind and happy to help with anything you need moving

All fields are required. Your review will appear immediately.

Thank you for submitting your review.
There was a problem submitting your review. Please try again later.
Incorrect password. Please try again.
You cannot review your own business
Reviews are limited to one per user and you have reviewed this business before.
The email address you have entered is already registered. If you have forgotten your password use the 'Forgotten your password?' link to reset it. 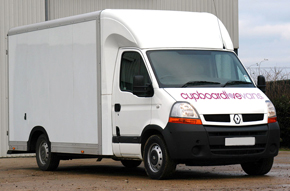 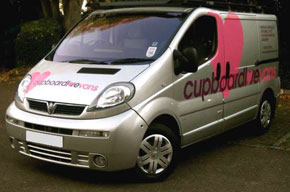 Man With A Van Hampstead Ltd